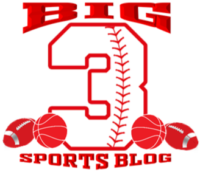 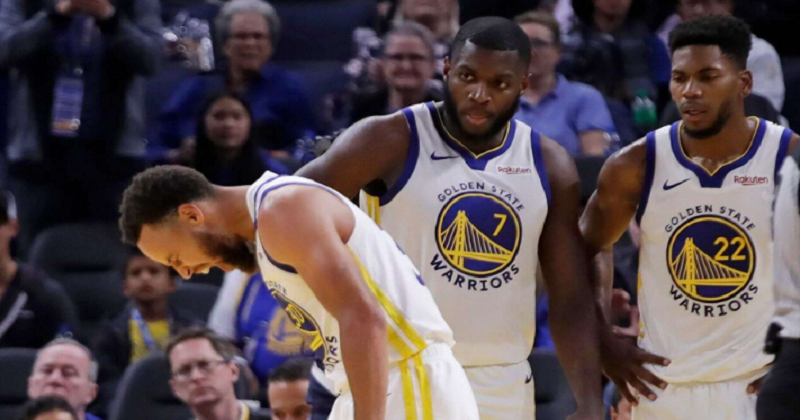 The Warriors are coming off one of the most impressive 5 year stretches in sports history.  2014 NBA Title, 2015 best regular season in history (73-9), NBA Finals appearance, 2016 NBA Title, 2017 NBA Title, 2018 NBA Finals appearance.  Unfortunately though, all signs are telling us that run is coming to an end.  2 time Finals MVP Kevin Durant left for New Jersey, sharp-shooter Klay Thompson will more than likely miss the entire season, and team leader Andre Iguodala was traded to Memphis.  Although they did acquire D’Angelo Russell via trade and do still have Draymond Green, MVP Steph Curry will be missing a significant amount of time with a hand injury.  While they still have a formidable team, their run of Title appearances appears to be over for now at least.  That got me thinking, what teams have had the sharpest decline in sports history?  Heros to Zeros if you will.  Here is my top 10.

10. 1994 Toronto Blue Jays
The Blue Jays won the World Series in 1992 & 1993, highlighted by Joe Carter’s Series winning walk-off homer in 1993.  However in 1994, almost every position player and starting pitcher saw their production decline, and their record showed it.  They dropped to 55-60 in the strike-shortened 1994 season, starting their 20+ year postseason drought.

9. 1991 Cincinnati Reds
The 1990 Reds won 91 games, and shocked the baseball world by sweeping the heavily favored Oakland A’s in the World Series.  Coming into 1991, their hopes were high as they were bringing back basically the same team as the previous year.  Statistically most of the team performed at about the same level at 1990, but it didn’t show in the win column.  They finished the year with a 74-88 record, finishing 5th in the National League West.

8. 2003 Tampa Bay Buccaneers
Tony Dungy built one of the better defenses in NFL history, finishing in the top 10 for 6 consecutive seasons from 1996-2001.  After the 2001 season, Dungy was inexplicably fired and replaced by Jon Gruden.  The Buccs were #1 in defense that year, with Gruden leading them to a Super Bowl victory (basically stealing a Super Bowl from Dungy).  The defense remained solid the next few years, but most of their stars were on the wrong side of 30 and that age caught up with them.  They had won 12 games in 2002…and won 12 games combined in 2003 & 2004, missing the Playoffs both seasons.

7. 2008 Miami Heat
The Heat won the 2006 NBA Finals behind dominating performances from Dwyane Wade and Shaquille O’Neal, and with Wade entering his prime, it looked like they would be winning at least 1 more.  In 2007 however, with Shaq’s health and commitment declining, the Heat began their regression.  Although they won the Southeast Division, they were swept out of the Playoffs by the up-and-coming Bulls.  The next season, the wheels came off.  Wade missed 33 games due to injury and Shaq was traded to the Suns.  They finished 15-67, worst record in the NBA.  In 2 years they went from a team that looked like they could win multiple Championships, to a League doormat.

6. 1999 Denver Broncos
The Broncos were one of the more consistent teams throughout the mid 80’s to late 90’s, with John Elway leading them to the Super Bowl 5 times.  In his later years, with the help of Terrell Davis, they were Champions in 1997 & 1998.  With Elway retiring after that last Super Bowl, and Davis (1998 MVP) missing most of the 1999 season with a knee injury, the Broncos fell apart.  They finished 6-10, finishing dead last in a weak AFC West.

5. 1987 New York Giants
The 1986 Giants had one of the most impressive regular seasons in NFL history, with a 14-2 record, and their only 2 losses being by a combined 8 points.  In the postseason, they outscored their opponents 105-23 enroute to their 1st Super Bowl victory.  Then in 1987, with largely the same team (QB Phil Simms missed 7 games due to injury), they regressed.  Fast.  They started the season 0-5, on their way to a 6-9 record.  The most dramatic win decrease in NFL history.

4. 2005 Los Angeles Lakers
The first 2000’s Lakers dynasty saw them win the Finals in 2000, 2001, & 2002, fall short in 2003, and reload for the 2004 season.  They added aging stars Karl Malone and Gary Payton to an already explosive core of Shaquille O’Neal and Kobe Bryant, with aspirations of another Championship.  Even though they (embarrassingly) fell short in the 2004 Finals, the Shaq / Kobe pairing had made 4 Finals appearances and were certainly capable of more.  But those 2 stars were not able to get along, and the Lakers had no choice but to break the team apart.  They chose Kobe (smart move), and that dynasty was officially over.  Shaq was traded to Miami, Payton was traded to Boston, and Malone retired.  With a depleted roster, the following season was basically the Kobe Show.  They ended with a 34-48 record, missing the Playoffs for the first time in over a decade.

3. 2019 Cleveland Cavaliers
LeBron James came back to Cleveland prior to the 2014 season, joining Kyrie Irving, and bringing Kevin Love onboard as well.  In his 4 years back in his hometown, they made the NBA Finals all 4 years (part of a stretch where LeBron was in the Finals 8 consecutive seasons), beating the Warriors to win the 2016 NBA Finals.  Although they did lose 3 of those Finals, it was clearly a successful run.  4 years, 4 Finals appearances, 1 Title.  LeBron left after the 2018 season, and Cleveland went back to being Cleveland.  They finished 19-63, one of the worst teams in the NBA.  Note – This was not the 1st time this had happened.  From 2006 to 2010, the LeBron-led Cavs reached the Eastern Conference Finals 5 straight seasons.  He left after that run, and the Cavs record in 2011?  You guessed it.  19-63.

2. 1998 Florida Marlins
The Marlins were an expansion team in 1993, but had assembled a star-studded team by 1997.  They had a 92-70 record, culminated by beating the Cleveland Indians in the World Series.  And then…they decided to completely dismantle the team.  The Fire Sale!  What team wouldn’t be just as good when they got rid of Bobby Bonilla, Moises Alou, Gary Sheffield, Edgar Renteria, Devon White, Kevin Brown, Al Leiter, Robb Nen, Jeff Conine, and Charles Johnson?  Wait, that’s their entire team!  As expected, they were dreadful in 1998, finishing 54-108, worst record in baseball.  Truly a first to worst turnaround.

Worth noting, of all the Best Of’s I have done, this was the hardest to choose between #1 & #2.  Although the Marlins drop was more significant, they were coming off a World Series victory…not a threepeat and an 8 year dynasty.  Ultimately that was the difference-maker.